Click below to listen to my 2 min. Garden Bite radio show:  A low salt diet for our roads

It’s time to put us on a low salt diet… it’s snow and ice season in our cold climates and that means road treatments and sidewalk treatments are important for public safety.  But did you know that one teaspoon of salt pollutes 5 gallons of water? Neither did I!   From the MN Pollution Control Agency – what sodium chloride does 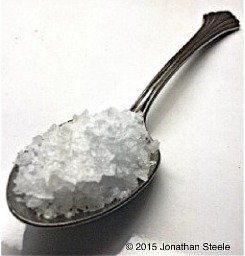 The University of Minnesota says research demonstrates that runoff from deicing chemicals results in pollution of our groundwater, the source of most of our drinking water. Chloride in high amounts affects the oxygen levels and natural mixing of lakes and waterways, and is toxic to fish, aquatic bugs and amphibians.  It also degrades our concrete, asphalt and natural stone, and corrodes metals.

And we all know what it does to our vehicles!  Rust!!

Now for those plants!  Salt can be absorbed by plant roots, causing dehydration, and salt spray can burn turf and foliage especially on evergreens. Sodium causes clay particles in soil to expand, increasing soil compaction, reducing water infiltration and making it hard for roots to grow.

Weeds like Canada thistle, however, grow well in compacted soils.

When taking care of your own driveway and sidewalks, get at that snow as soon as you can and avoid using deicing chemicals, if you DO need them, go lightly.  One coffee mug of salt works for a 20 ft driveway or 10 sidewalk squares.  Sweep up excess. 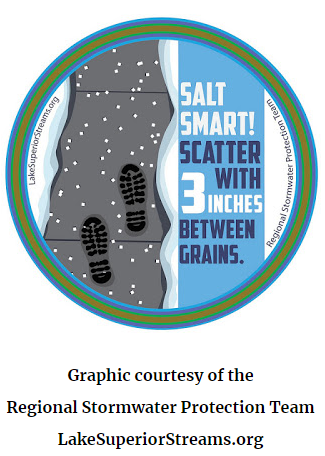 As for plants, there are some more salt tolerant than others. Native perennials include Butterfly Weed, with the bonus of being a host for the monarch butterfly, barren strawberry, wild bergamot and yarrows.

Lawn grasses do NOT like to be seasoned. Unless they’re the crabgrass weed!

Ornamental native grasses that tolerate salt include Big Bluestem, Little bluestem and switchgrass.  I’m a big fan of grasses and would really consider a mix of these and Blackeyed Susan, which is also salt tolerant.

Additionally, Summersweet, which has a wonderful fragrance is a native salt tolerant shrub.  Others include serviceberry, winterberryand hackberry.

As for options on roads, in Wisconsin they’re trying cheese brine! Makes sense from Cheeseland! 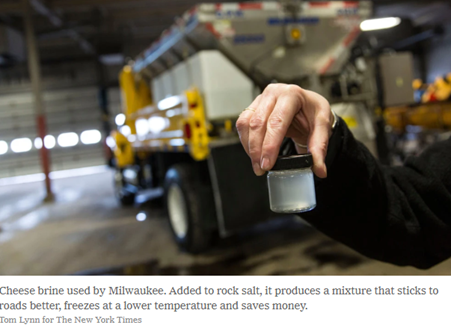 Others are looking at beet pulp and pickle juice. 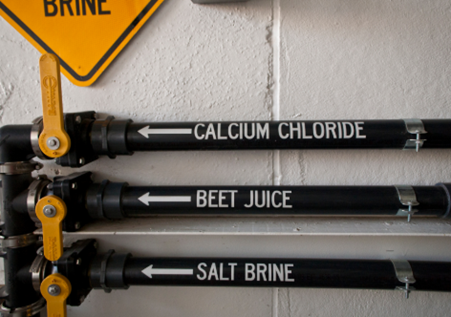