Click below to listen to my Garden Bite radio show:  A second season

I have been so disappointed this year in my vegetable garden.  The rabbits have feasted on everything but my tomatoes, herbs and onions. Gone are my peas, spinach, broccoli and beets.  For years I’ve used a product called Plantskydd that worked wonders, but not this year.  I doubled the dose, it’s harmless to pets and people but smells like a predator to little critters.  Or, at least it did!  UGH.  I tried small fencing, hoping that the combination would deter them.  Make a little harder for them.  No luck.

If you’re still hankering for some lettuce, more beets, some carrots or kale – you can plant a second season.  We’ve got about 10 more weeks of growing.  Maybe more, maybe less.  Check on the days to maturity of certain vegetables that you might want to give a second planting too. 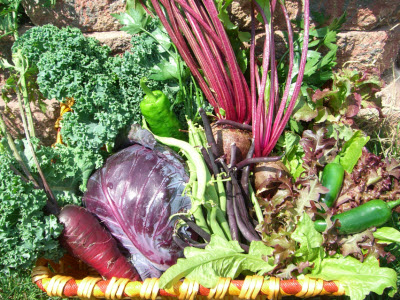 The seeds will sprout quicker with the soil so warm.  You will want to keep the seeds moist but not wet!  Once you’re vegetable seeds get about an inch, you can usually tell if there’s 8 seeds in one spot!  Thin out the seeds as the instructions say on the packet.

Some plantings will taste even better after a light frost – kale for instance, and carrots and beets.  Lettuce and cilantro bolt in the heat, with cooler temperatures as they grow, that will slow down their bolting.  Bolting is when the plants flower and then become bitter.