Click below to listen to my Garden Bite radio show:  Arborist advice

A friend of mine is an Arborist and I just love her monthly newsletter.  (Sign up for it!)

So often, when diagnosing tree decline or what have you, we can’t see the forest for the trees, or rather beetles.  In her March newsletter, Faith Appelquist of Treequality , describes how a weak tree will be attacked by predatory entities such as aphids, scale, fungi, termites and, of course, beetles.

She tells the story of the Red Pine and Pine Bark beetles.  They’ve had a relationship with each for thousands of years.   In the circle of life, Faith says, bark beetles are opportunistic members of Mother Nature’s clean-up crew. 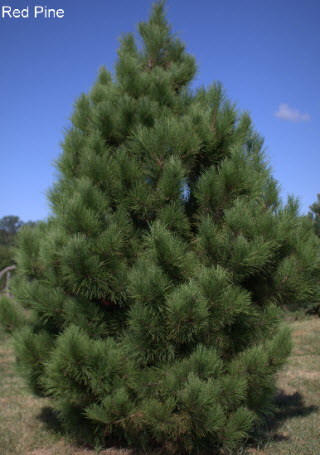 Under favorable conditions healthy trees can defend themselves by drowning the tiny pine beetles in resin. But as temperatures have risen in recent years, the insect’s population and winter survival rate have skyrocketed.  Additional stresses make it nearly impossible for trees to defend themselves from the massive beetle onslaught.

This is straight from Faith’s newsletter (it’s not posted on her website yet):

What can you do? 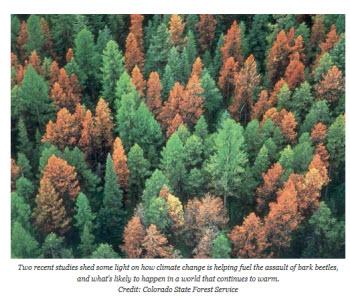 Why bark beetles are chewing through U.S. Forests 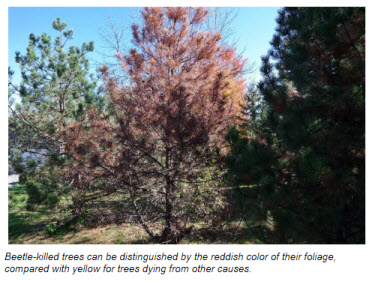