Click below to listen to my Garden Bite radio show:  Buzz over bee legislation

There’s a swarm of interest in bees and other pollinators as scientists, farmers, conservationists, gardeners and everyone else that eats food, works on what to do about the decline of their populations.

A recent article in the Washington Post told of beekeepers in Maryland going into winter with a really strong population, fat and healthy, treated for mites and with plenty of food but by  the end of winter their hives were all dead. 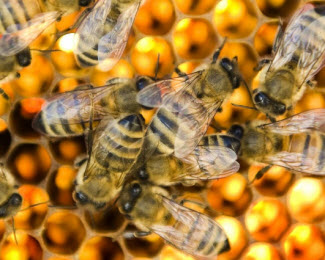 The keepers joined academics and conservationists in convincing the state General Assembly that the mass deaths over the past four years are likely tied to widespread use of household pesticides that have been linked to honeybee mortality. Both chambers recently passed bills that would ban stores from selling products laced with neonicotinoids to homeowners who tend to lather too much on trees and gardens.

With Governor Hogan’s signature, the bill would make Maryland the first state to take the harmful pesticides away from amateurs. Farmers and professionals who understand how to apply them in a way that poses a lesser threat would be exempted by the law when it takes effect in 2018.  Maryland lost more than 60 percent of its hives last year, each with up to 20,000 honeybees.

The vote was taken on Thursday The Chestertown Spy

More from Treehugger on the landmark legislation

More on neonics from Texas A&M

Still there are those who completely disagree with the ban of neonicotinoids.  Forbes article from 2014

While I’m no scientist, I will say that there are almost always a number of reasons for any diagnosis.  So, will banning neonics mean no more bee deaths?  Unlikely.  However, it may be a start.  It’s like the debate over climate change – something’s going on.  Is it cyclical?  Is it us speeding up the process?

What are YOUR thoughts?  Email me at teri@gardenbite.com