No, it’s not really from Canada!  We can’t blame it on them.  It’s other “handles” are ‘Lettuce from Hell thistle’ and ‘Cursed thistle’.  I don’t really get the ” lettuce” part, but I concur on the “from hell” part.

If you try to till this beast under, you’ll only multiply it!  Plants can start from broken off roots.  Digging it out is okay if there’s not much but will take a couple of seasons.  Do NOT compost roots or seed parts – unless your home compost pile gets to 150 degrees.

Canada thistle roots grow both horizontally  AND vertically.  That tap root goes deep and can start growing another plant from where you’ve broken it off.  If some of the horizontal root is left, those little devils will propagate underground while giggling at you for leaving them behind.

If you have them, you’re not alone!  A long discussion with other gardeners offered up one method of mass destruction that did not include chemical warfare. First get as much of the weed as possible by digging them up, then  place 8 to 10 layers of newspaper on top of the affected area and put mulch on top of that. The mulch holds down the newspaper as well as hiding the ugly look of the papers.  The weeds should be eradicated by late Fall at which time you can incorporate the mulch, newspaper and dead thistle into your bed where it will all decompose and become compost.

Another organic method is to keep mowing it down until the plant weakens and then plant a cover crop like hairy vetch, crimson clover or rye.  You can then compost those cover crops!  This will take a couple of seasons. 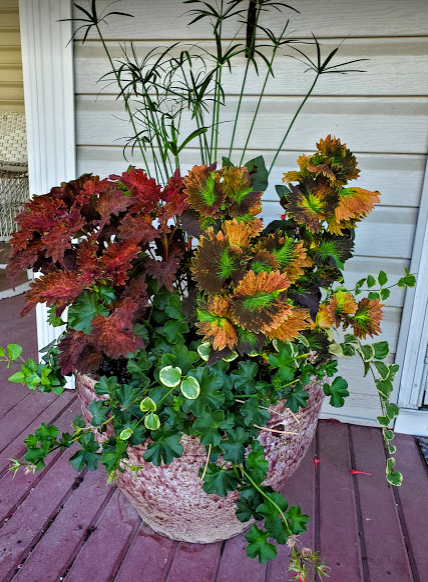 There are granules that you can use.  In fact, a product called Soil Moist has been on the market for quite a while.  If you use it, be sure to follow the directions exactly.  I’ve heard of people that overdid it and wound up with a foaming, exploding mess on their hands! 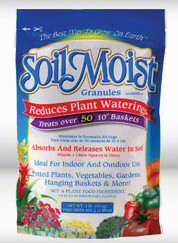 I just water them!  Twice a day, with rain water.