I had the opportunity to walk in the Big Woods State Park in Nerstrand, MN.

While there, a friend who is Ole’s dad, lives in the area showed us the roped off areas were to protect the Minnesota dwarf trout lily, an endangered species. 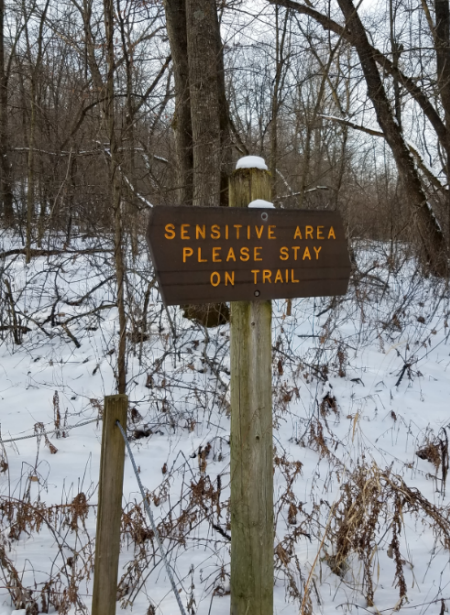 Now, the regular trout lily is all through those woods and it’s lovely, it’s also not endangered, but the little fellas are!  The Minnesota dwarf trout lily (Erythronium propullans) is a federally endangered forest wildflower found in Rice, Goodhue, and Steele Counties, Minnesota. Because it is known only from this small area the dwarf trout lily is considered a Minnesota “endemic” – which means a species that grows in Minnesota and nowhere else on earth.