Click below to listen to my 2 min. Garden Bite radio show:  EU says PU to Neonics

In late April of this year (2018), the European Union banned all outdoor use of neonicotinoids [National Geographic] aka neonics.  It’s expected to be enforced by the end of 2018 and will mean they can only be used in closed greenhouses.  Total Ban on neonics [The Guardian]

Now the definition of PU…. Click here for the explanation! 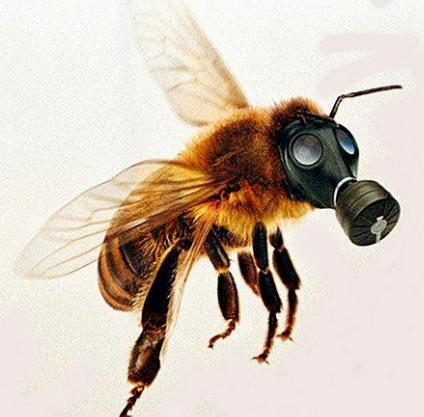 Neonicotinoids are the most widely used insecticides in both the U.S. and globally and have been under fire for some time for killing bees and other pollinators.  The pesticides contaminate the soil and water and that means it appears in the next generation of plants.  A recent study of honey samples revealed global contamination by neonicotinoids.  Here’s an article regarding neonics in Iowa’s drinking water.

In the US, the battle rages on as to the use of these chemicals but it won’t be fought here on Garden Bite.

I would, however, like to share HOW a neonic works.  This type of insecticide is a systemic,it’s taken up into the plant itself making the entire plant toxic to insects.  Neonics attack the Central nervous system causing paralysis and death. 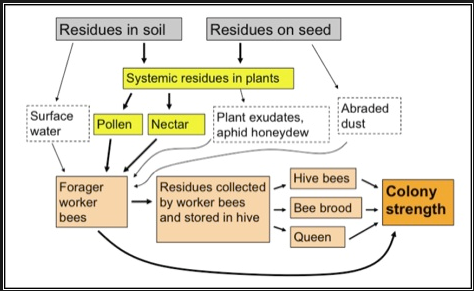 They were the first new insecticides introduced to the market in the last 50 years with high hopes due to their lower toxicity to mammals, however, research states that neonics disrupt the immune system of bees because it’s unique.

Bees have pollinated about every 3rd bite of food you eat.  Some local garden centers and nurseries are taking their own precautions and asking their local growers about insecticide use.

Growers like Bailey Nurseries, out of Newport, Minnesota, who supply plant material to many nurseries around the country have chosen to err on the side of caution and eliminate or sharply reduce their use of neonics.

No bees, no food [University of Vermont]