Click below to listen to my 2 min. Garden Bite radio show: Holiday plants and their meaning

Since we talked about holiday cacti yesterday, I thought it would be fun to share some tidbits on other holiday plants. One thing I forgot to tell you yesterday is that the Christmas cactus stands for answered prayer, the perfect symbol for 2020.

Ahhh but for 2021, Holly may be in our thoughts! Holly stands for good luck! The ancient Romans and Greeks were the first to deck their halls with boughs of holly.

Holly bushes always stay green, and need little to no maintenance, even during the harshest winters. For those of us in the northern climes, Winterberry holly is a native plant worth growing. 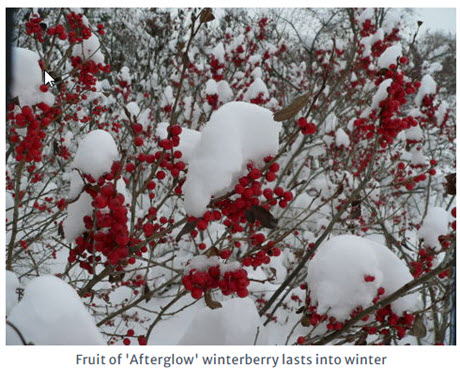 The ancients believed the bush was sacred. Romans would send holly wreaths to friends, family, and especially newlyweds gifts of goodwill and good wishes. 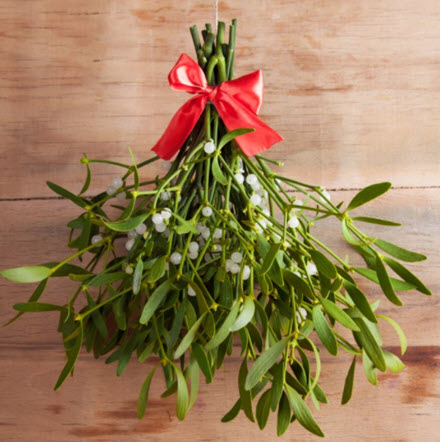 Mistletoe is also said to be used in other unusual ways, such as placing it above a baby’s bed for protection from evil spirits. A sprig placed under the pillow of a young girl is said to inspire the dreams of her future husband. Technically it’s not the nicest plant as it’s a parasite! Humans have had some interesting traditions through the centuries!!

The yew, with it’s vivid red berries is a slow growing and low maintenance shrub. It’s sprigs are lovely in fresh arrangements.

But there’s a fascinating and long history behind the shrub. It is said to be one of the oldest shrub on Earth. The ancient Druids looked to the yew as a symbol of everlasting life, honoring it as a sacred plant. Throughout European history, yews were planted in churchyards to symbolize a long life. Keep in mind, it’s toxic to animals and humans. There are many types of yews.