Click below to listen to my Garden Bite radio show:  Jumping worms!

It’s sounds like a B-rated movie but Jumping Worms are real and leaping from Wisconsin to Minnesota.  They’re the latest invasive species threat.   Beware of the video!  😉

In October of 2013, the Wisconsin Department of Natural Resources discovered a population of jumping worms in Dane County — the first to be identified and reported in the state.  They’ve just recently been discovered in Loring Park in Minneapolis.  University of Minnesota Extension with more information

The “jumping worm” is an earthworm with a nasty disposition and an invasive species that threatens the natural decomposition process. 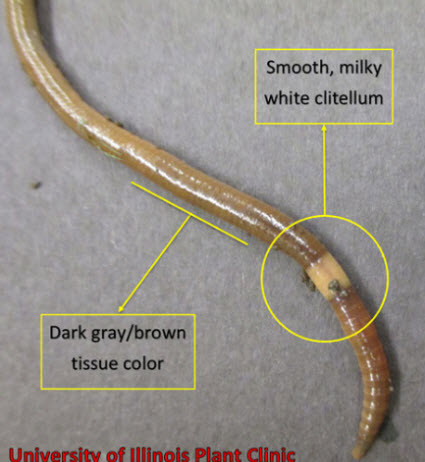 They eat their way through the plant litter on forest floors at a much faster rate than other worms.  Forest floor leaf litter is comparable to the skin on an animal. It retains moisture, protects roots, breathes, prevents erosion, deters pathogens and non-native plants and promotes seed germination. When leaf litter is consumed by earthworms it’s like removing the skin of the forest floor.  This exposes the soil and causes erosion, compaction and increased rainwater runoff which also means invasive plants can sneak in, beginning a cycle of non–native invasions competing for critical resources. The result is less diversity of native plants and animals in our forests. 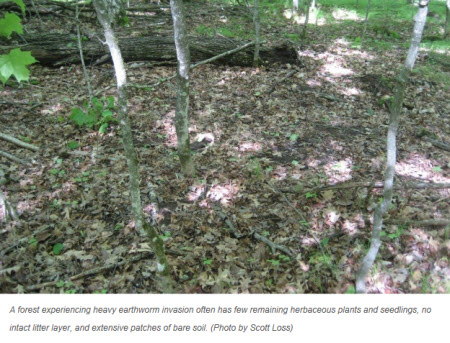 In the home garden, they also wreak soil, leaving it dry and grainy while also harming plants and turf.  Jumping worms are darker than earthworms and have a distinctive white or gray band around their body and when disturbed, they thrash violently, slither like snakes and even jump into the air.  I told you it was like a B movie!

These worms mature in about 2 months and are asexual, meaning they can procreate all on their own.  They drop their cocoons in the soil where it can overwinter.   While Wisconsin has been battling the jumping worm for several years, Minnesota is just now seeing it.

Likely they got a free ride on leaf mulch, a potted plant or bulk soil and made themselves at home. 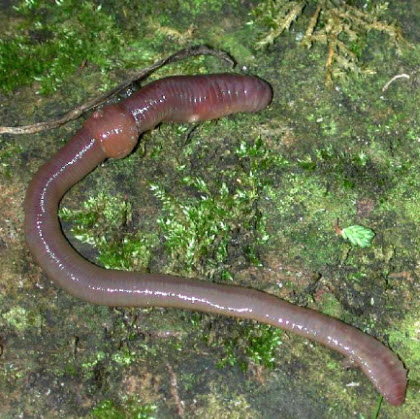