Click below to listen to my 2 min. Garden Bite radio show:  Making your own Maple Syrup

As promised… a primer on making your own Maple Syrup.  It IS an adventure.  It’s time consuming but the flavor can’t be beat.

In another life, I lived with an engineer who couldn’t wait to make his own Maple Syrup!  This is his story.  (unfortunately we didn’t get pictures of his original tapping – the next year he bought bags and taps from a company) 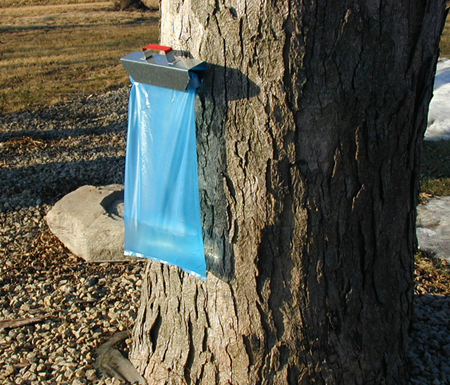 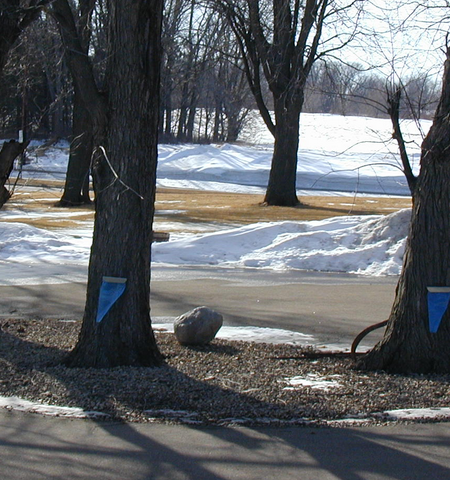 It took about 6 hours to boil down 7 gallons of sap into the tastiest Maple Syrup I’ve ever had the chance to sample! Once the sap reaches the boiling point, you need to monitor it very carefully so it doesn’t burn.

The finished point of maple syrup is when it has reached 7 degrees above the temperature of boiling water.  This varies with elevation and weather. He then used coffee filters to strain the syrup. He got about 20 ounces of grade A amber syrup. It smelled like cotton candy and smoke! 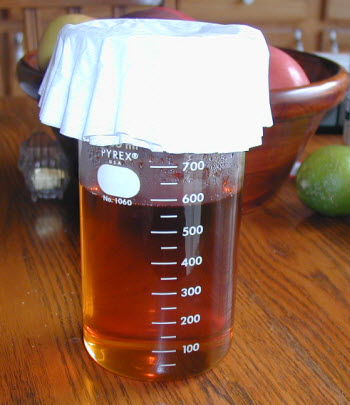 Ah, what a wonderful smell and every drop was a reminder of the day he boiled it down outside. The wind blowing, the smell of the fire and cotton candy.  The syrup had a smoky flavor to it too, which I really liked.  It was so good he even bought a waffle maker. 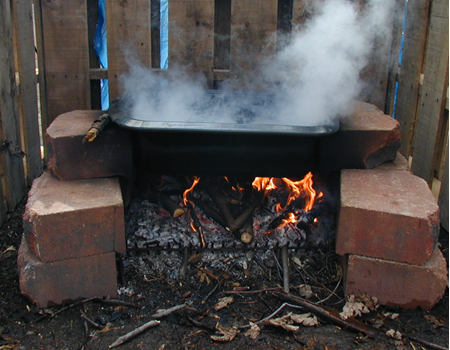