Click below to listen to my Garden Bite radio show:  Happy May day!

Happy May Day!  There are multiple iterations of May Day celebrations that include industrial workers, witches, flowers and more.   In France, the king was given a lily-of-the-valley as a lucky charm.  He decided to offer a lily of the valley each year to the ladies of the court. At the beginning of the 20th century, it became custom to give a sprig of lily of the valley, a symbol of springtime, on May 1.

Personally, while I love the smell, this lily is very invasive and looks lousy at the end of it’s season… just sayin’

The Druids celebrated Beltane, the beginning of pastoral summer when livestock was led out to pasture. Romans brought their worship of Flora, the goddess of flowers. And gradually their rituals were combined. But then the Puritans quelched any observance, thinking it pagan.

Beltane had a lot to do with fire – welcoming the sun’s heat and light.  While the Romans brought Flora, the Goddess of Flowers – associated with Spring

When they lost power in England, May Day celebrations were brought back but more subdued.  Gradually, it came to be regarded more as a day of joy and merriment for children.  In North America small baskets were usually filled with flowers or treats and left at someone’s doorstep. 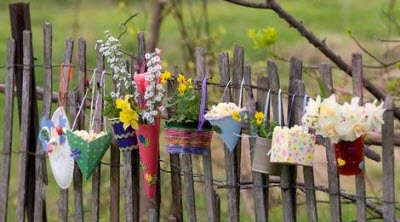 The giver rings the bell and runs away.  The idea, many moons ago, was to take all the flowers that they had gathered at the end of April’s showers, along with some gifts and candies, and then hang a basket on the doors of friends and neighbors as a way of welcoming them into warmer weather.  It was also a way of letting a romantic prospect know that you cared for her.  I like both those ideas!   Morris Dancering is another option to dance up the sun. 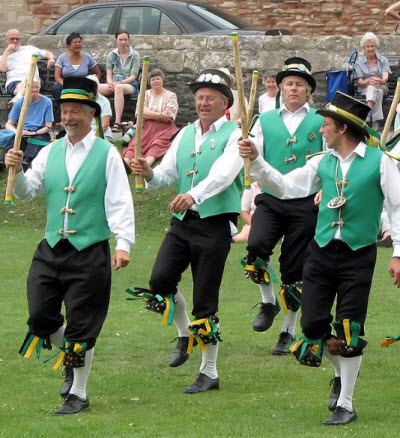