Today we officially celebrate Veterans Day.  Originally called Armistice Day, commemorating the signing of the agreement that ended World War I at 11:00 A.M., November 11, 1918, this federal holiday was changed to Veterans Day in 1954. At that time, it became a day to honor all the men and women who have served in the armed forces of the United States. 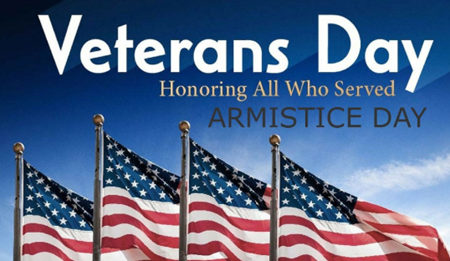 Garden Bite honors those who have come back from war with injuries that include Post Traumatic Stress.  Transitioning from combat to civilian life isn’t easy.

Experts are going back to lessons from long ago about the role nature has in healing. I have another radio show called “15 with the Author” and several years ago I talked with Stephanie Westlund who wrote, “Field Exercises: How Veterans Are Healing Themselves through Farming and Outdoor Activities”. 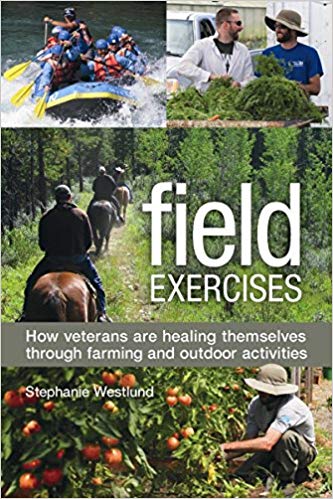 It’s been a much needed look at the healing properties of being in nature, such as in gardening, for our veterans.  What’s so interesting is how going back to the land, farming or gardening, being it vegetables or flowers or forests, can reduce the feelings of anxiety and stress so often accompanied with traumatic events in a persons life.  The Healing Powers of the Earth

It’s not just the sight of nature but the feel of soil. Researchers are studying mycobacterium in soil and say that it acts like serotonin.  Gardeners inhale the bacteria, have topical contact with it and get it into their bloodstreams when there is a cut or other pathway for infection.

Early indicators of tests on rats are finding the natural effects of the soil bacteria antidepressant can be felt for up to 3 weeks.  Study linking beneficial bacteria to mental health makes Top 10 list for brain research.

This isn’t pseudo science, these are University based researchers discovering what ancestors may not have KNOWN but rather FELT as they worked and played outdoors.   Veterans Healing in Nature – short film

In the book, Field Exercises, returning soldiers often don’t feel safe but as they walk through gardens, stroll paths through parks or work the soil, a sense of security often settles on them.