Click below to listen to my Garden Bite radio show:  Poison Hemlock

Move over poison ivy, here comes poison hemlock.  The Minnesota Department of Agriculture (MDA) is warning residents about the dangers of poison hemlock (Conium maculatum), a toxic member of the carrot family.

In fact, their press release warns residents to be on the lookout for the weed, take extra precautions when handling it, and not ingest any parts of the plant.  This is no small weed either, Poison hemlock can grow to 8 feet tall.  The flowers are small and white with umbrella shaped cluster on the tops of stems.

The weed has been recorded in isolated pockets of Minnesota, most recently in the southeastern part of the state. It appears to be spreading quickly. It’s also in parts of Wisconsin and elsewhere.  If residents suspect they have found poison hemlock, take a picture of the plant and email it to arrest.the.pest@state.mn.us, or contact your local Extension office.   Check out the University of Wisconsin Extension with more information. 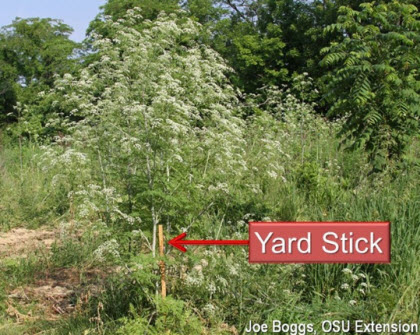 Poison Hemlock looks suspiciously like Queen Anne’s Lace.  You don’t want to get the two mixed up! 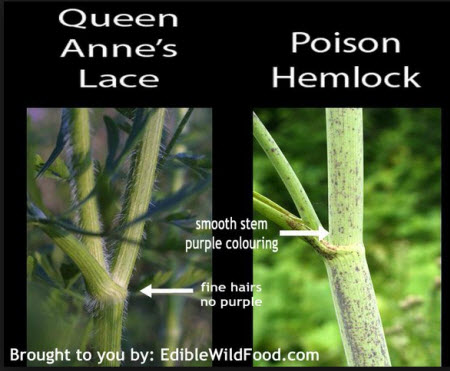