Click below to listen to my 2 min. Garden Bite radio show:  The American Chestnut

Chestnuts roasting on an open fire… or perhaps a grill…

Jack Frost nipping at your nose….  or Ole hoping for some lovin’

Though it’s been said many times, many ways…. Merry Christmas to you!

We had the opportunity to experience roasting real chestnuts last weekend at a friends home.  They host a wonderful party every year and decided to give it a try.  There’s an art to it!   Our friend, Dave Vesledahl, from Northfield Outdoors – a bi-weekly radio show on KYMN in Northfield about all things outdoors!

Years ago the American Chestnut was the most important tree in eastern North America.  Supplying excellent lumber and tasty nuts that fattened calves and people alike!  Go to the end to hear the full story on how roasting chestnuts went! 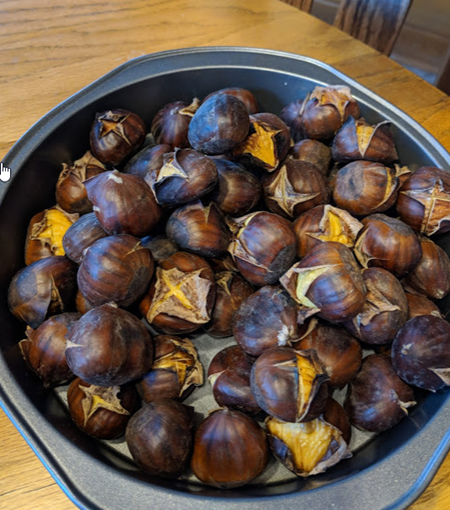 But in the early 1900’s a bark eating fungus came into New York on an Asian Chestnut.  The blight spread with a vengeance and by 1950 the American Chestnut tree had disappeared except for the shrubby root sprouts the species continually produces.  Even those were soon attacked.

There are reports that the American Chestnut could grow straight for 50 feet with no other branches. The lumber of 1 tree could fill a train car! It was rot resistant and lighter than oak. It was used for nearly every application from telephone poles to pulp, from fine furniture to musical instruments. 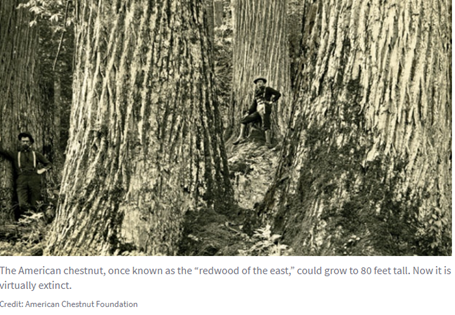 Resources and other information on the American chestnut:

Plant pathologists and breeders have been working for decades on creating a hybrid that captures the blight resistance of the Asian or Chinese Chestnut but retains many of the attributes of the American variety.   There’s a cultivar created by Dr. Robert Dunstan, that he crossbred with the American and Chinese Chestnut.  find it at Chestnut Hill Tree Farm 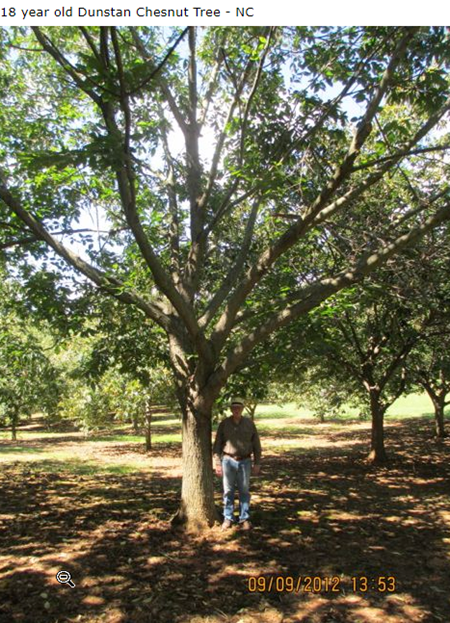 Now for Dave’s Chestnut story…  He searched on the internet for the freshest nuts – apparently they were in Italy!  Seriously, that’s where he bought them from.

He scored each nut then soaked them for 50 minutes in salt water.

Then it’s on to the 400 degree grill.  He contemplated the “open fire” but decided it was easier on the grill!

He left them on the grill for about 25 minutes, opening the grill every so often and turning them.

Now this was his first attempt ever at roasting chestnuts!  So, a couple of pointers….  you really want to see the shells open up but you don’t want them to burn.  If they’re easy to peel, they’re done – eat them warm with a little salt.  The flavor is sweet – almost like a sweet potato…

If they don’t peel well, they’re not done but this is the tricky part.  Dave put some back on the grill and some got a little too done – burnt is not so good!  😉

It was about a 50/50 reaction as to who liked them and who didn’t…. yes, I thought they were great!  Check out Northfield Outdoors for archives of cool shows about hunting, fishing, skiing, snowmobiling, nature and a whole lot more!  They’re on Facebook too. 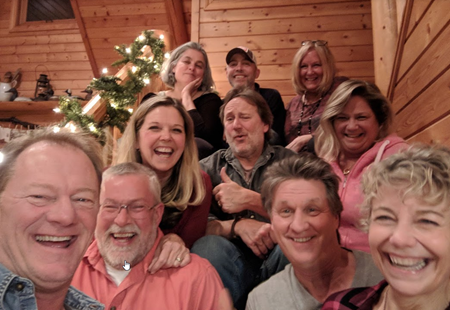