Click below to listen to my 2 min. Garden Bite radio show:   The information superhighway – Mycelium

It’s an information superhighway that speeds up interactions between a large, diverse population of individuals. It allows individuals to communicate and help each other out. But it also allows them to commit new forms of crime. You thought I was talking about the internet, not so, I’m talking about mycelium! 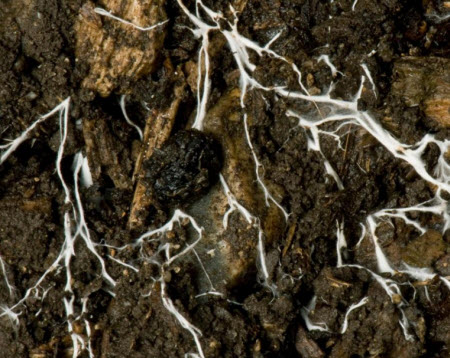 The mycelium of a fungus spreading through soil (Credit: Nigel Cattlin / Alamy)

Mycelium are the thin threads of fungi that link roots of different plants.  According to the BBC, plants aren’t just sitting there quietly growing. By linking to the fungal network they can help out their neighbors by sharing nutrients and information – or sabotage unwelcome plants by spreading toxic chemicals through the network. This “wood wide web”, it turns out, even has its own version of cybercrime.  Around 90% of land plants are in mutually-beneficial relationships with fungi.      BBC Plants talk to each other!

In mycorrhizal associations, plants provide fungi with food in the form of carbohydrates. In exchange, the fungi help the plants suck up water, and provide nutrients like phosphorus and nitrogen, via their mycelia.  That’s why some gardeners are adding mycorrhiza fungi to their planting holes. 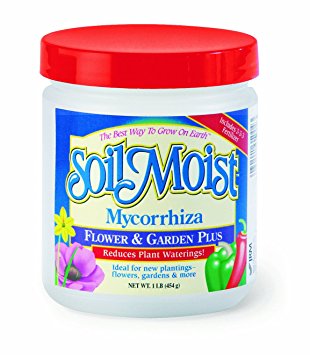 This interesting interlink between widely separated plants has been known for decades, all the intricacies, however, are still not completely understood!  Scientists DO say that plants warn each other of unfun fungi!