Click below to listen to my 2 min. Garden Bite radio show: Season of Pumpkin Spice and pumpkin pickin’

Love it or hate, it’s pumpkin spice everything season.  I have a friend who grinds her teeth every time the pumpkin spice comes out at her favorite coffee shop, another who can’t wait for the pumpkin spice creamer and sends her husband to buy as many as a husband is willing to do!  About 3 bottles worth.  In case you’re interested here’s a recipe for Pumpkin Spice Latte! 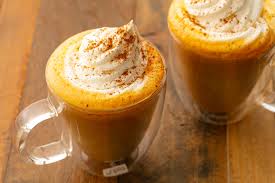 I happen to love pumpkin spice …. For the season. I make pumpkin dessert, roast pumpkin seeds and, while I don’t really don’t put the same effort into that I used to… carving those pumpkins is fun too. NOTE: the video below was done in 2010 and I’ve since learned from another on-camera gardener that there’s a smarter way to carve!! Cut out the BOTTOM of the pumpkin!

For that you need the smooth kind or it can get pretty gnarly with a knife.  Speaking of gnarly, the lumpy bumpy pumpkins have really made their place in Fall displays.

There’s an heirloom pumpkin that’s either ugly or elegant, your call.  Galeuse D’eysines Pumpkin The pumpkin is pink and shaped like a wheel of cheese, covered with beige scars or bumps that resemble peanuts, but are actually caused by sugar in the skin. 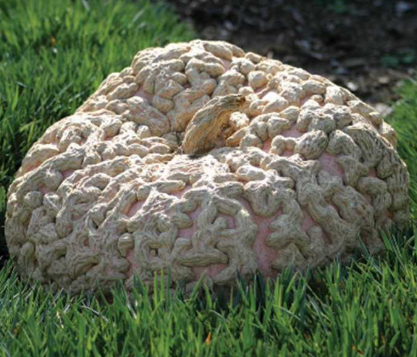 When cooked, the flesh is sweet and very smooth. In France, it’s traditionally used for soups and sauces, but it’s also delicious fried in butter. The pumpkins weigh 15 to 25 pounds and keep for months – both form and function!

Then there are the blues.  Blue Lakota, an heirloom variety from the Midwest. Blue Prince

The Spruce has a guide to some really cool pumpkins!