Click below to listen to my 2 min. Garden Bite radio show:  Time to mulch

Last year record warmth… this year not so much!  Baby it’s been cold outside for those of us in the Upper Midwest.  And plenty of snow already too.  That’s a great insulator but it’s not a bad time to throw down some additional organic mulch for your newly planted plants!

It’s important to let the ground freeze first, then place your mulch.  We are looking to stabilize the soil temperature for our plants so that when we get wild fluctuations in temperatures our plants won’t heave out of the ground.

In other words, it’s not necessarily arctic temperatures but rather the extremes that can force a plant out of the soil, especially newly (2 year old) planted plants.

When placing mulch, except for those pine needles above, think DONUT not Volcano! 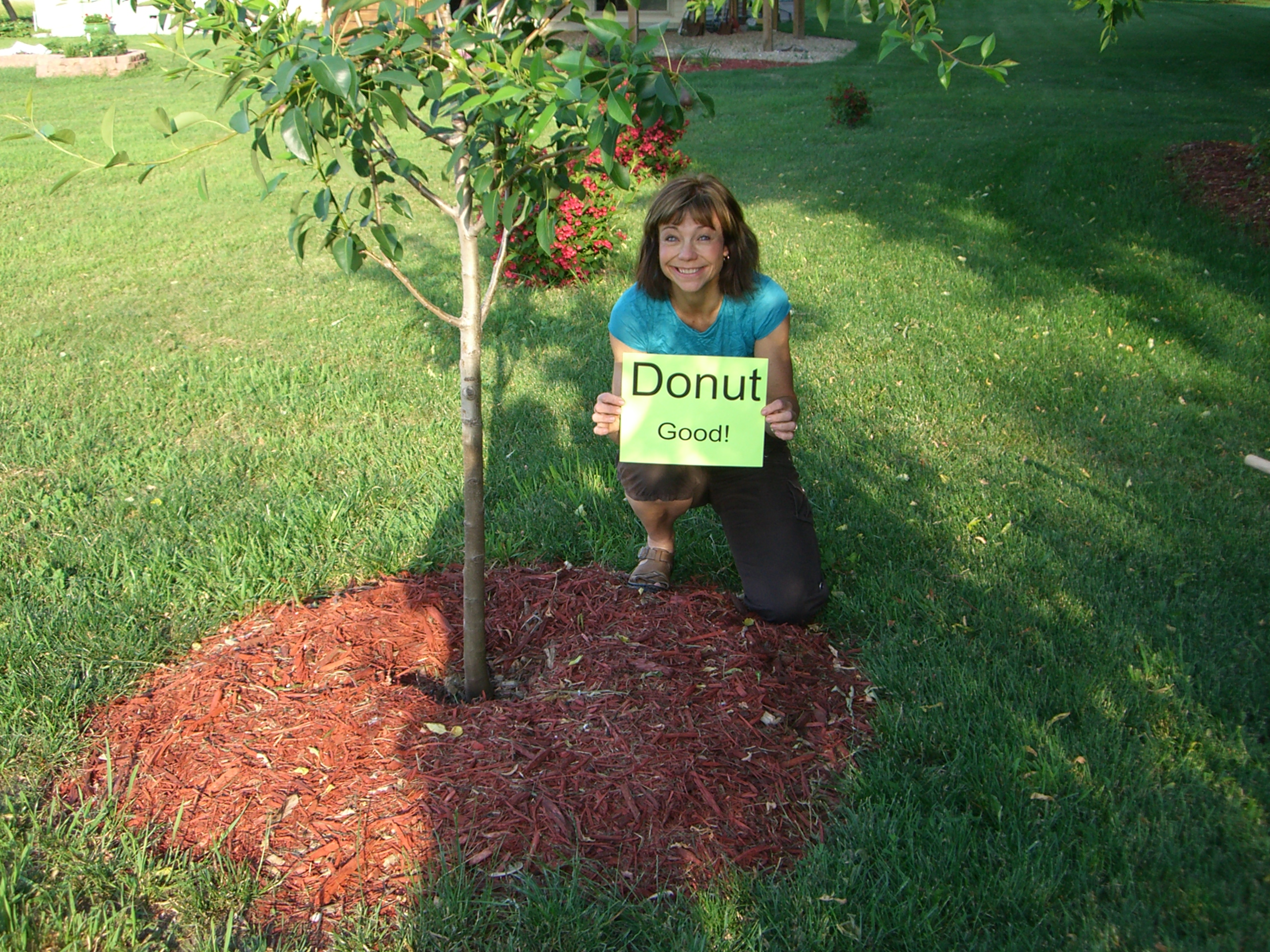