Click below to listen to my 2 min. Garden Bite radio show:  Total eclipse or Sun Got Bit by Bear

In case you’ve been living under a rock in a cave in Alaska… today, the Earth will cross the shadow of the moon, creating a total solar eclipse.  That’s a NASA link! 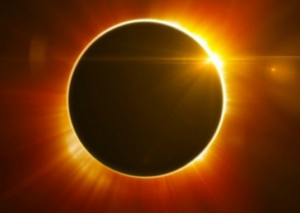 Eclipses happen about every six months, but this one is special. For the first time in almost 40 years, the path of the moon’s shadow passes through the continental United States.  From Salem, Oregon to Charleston, South Carolina, a 70 mile wide swath will get the full effect of the total solar eclipse.   If you’re in the path, you’ll see one of nature’s most awe inspiring sights. The moon will completely cover the sun and the sun’s tenuous atmosphere – the corona. Observers outside this path will still see a partial solar eclipse where the moon covers part of the sun’s disk.

That means those of us in the upper midwest, will be looking at between 80 and 85% eclipse, IF it’s not cloudy!

DON’T look directly at the sun OR the eclipse.  Click the link and Live Science tells us WHY! 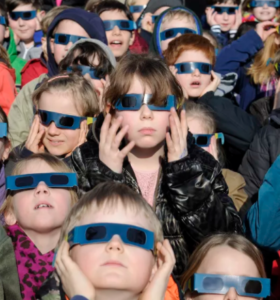 NASA has kits for a total eclipse party!  Gotta love it when an auspicious government agency gets down for a solar party.  Here’s the link to their page!

There are some interesting myths from around the world. In the U.S,  The Pomo, an indigenous group of people who live in the northwestern part of the country, tell a story of a bear who started a fight with the Sun and took a bite out of it. In fact, the Pomo name for a solar eclipse is Sun got bit by a bear.  After taking a bite of the Sun and resolving their conflict, the bear, as the story goes, went on to meet the Moon and took a bite out of the Moon as well, causing a lunar eclipse. The ancient Greeks believed that a solar eclipse was a sign of angry gods and that it was the beginning of disasters and destruction.  Look for more lore and myth 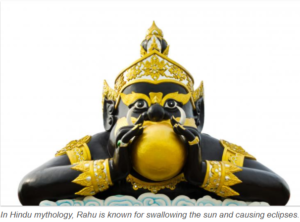