Click below to listen to my 2 min. Garden Bite radio show:  Fairy rings and fungi

Now that the snow is gone, the grass is greening up, the fairies are coming out too! 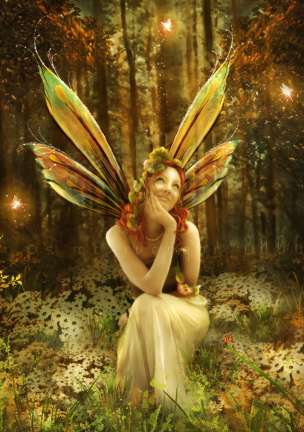 No… not this kind.  It’s still a little too cold out here!  There’s a fairy ring in my lawn… 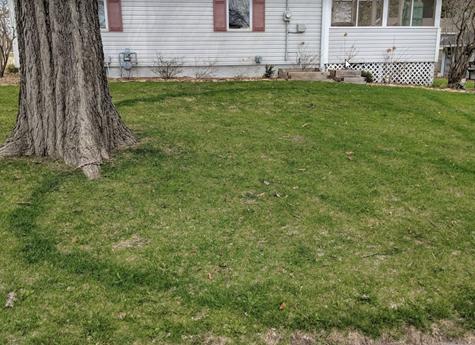 My husband didn’t believe me when I told him what I thought the ring was. He thought it was from a few years ago when a lawn company fertilized.  No, honey, that doesn’t last that long. Then I showed him the fungi that are in the fairy ring! 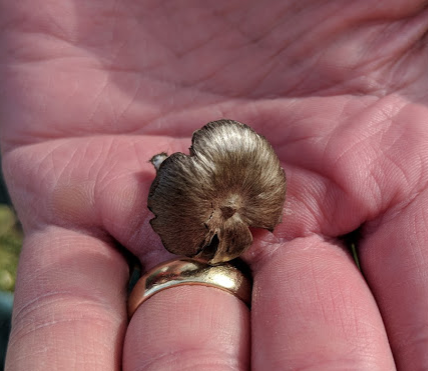 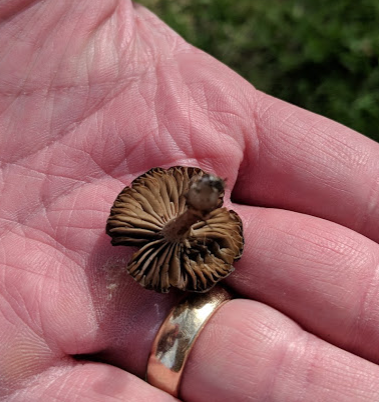 The mushrooms that appear after rainfall are the fruiting bodies of the fungus. The fungi are feeding on what’s rotting underneath the surface, stuff like old tree stumps, roots, logs, lumber, and other larger pieces of organic material.  It could also be the thick layer of thatch in my lawn!

So what’s going on with those rings? Is it bad or should we let the fairy fungi frolic?

Fairy ring fungi are not attacking the grass directly, but are breaking down organic matter in the soil. As a result, nitrogen is released that the grass above may use, causing the green ring. In cases where the mycelia of the fungus get dense and inhibit water movement into the soil, grass in the arc may turn brown. 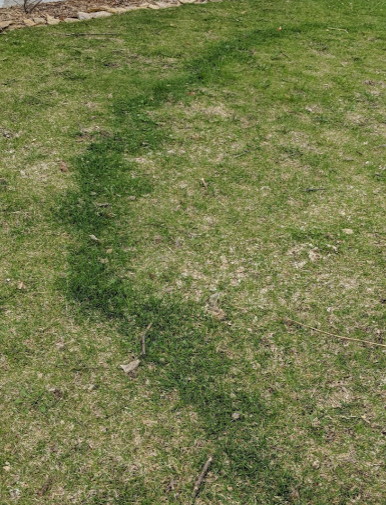 What can you do? Well, you could water the rest of the area more often to promote green growth but that seems like a waste to me. You could dig up whatever it that the fungi are feeding on, of course that seems impractical as you don’t likely know where it is!

From the University of Wisconsin Extension:

What do I do with fairy rings in my lawn?  Fairy rings in home lawns do not typically cause turf death and thus are primarily cosmetic problems.  They often disappear naturally following a change in environmental conditions.  Therefore, waiting for fairy rings to naturally disappear is often the simplest option for management.

If you want to be more proactive in managing fairy rings, consider routine core aeration for your lawn.  Core aeration reduces the buildup of thatch which can harbor fairy ring fungi and make fairy ring development more likely.  If you are having a problem with Type 2 fairy rings, also consider applying a nitrogen fertilizer to the rest of your lawn to green up the surrounding grass to match the color of the fairy rings.  For Type 3 fairy rings, consider hand removing (wearing gloves) or raking up the mushrooms and disposing of them in your garbage; DO NOT eat the mushrooms as they may be poisonous.  Finally, DO NOT use fungicides for control, as products labeled for use in managing fairy rings are typically not effective in preventing fairy ring development or reducing the severity of symptoms.

For details on core aeration and proper lawn fertilization rates and timings, see University of Wisconsin-Extension bulletin A3435, “Lawn Maintenance”.