Click below to listen to my 2 min. Garden Bite radio show:  Save the bats?  YES!

Should we save the bats?  Yes! There are a few reasons why.  One that tops my list is the amount of mosquitoes they eat, along with leafhoppers, moths, flies, June bugs and cutworms!  Scientists have estimated that they are worth $3.7 billion in reduced crop damage and pesticide use! 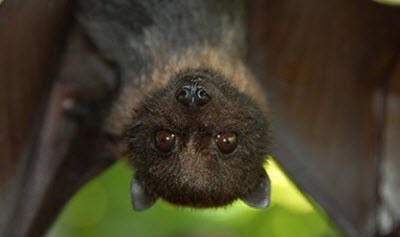 The University of Minnesota Extension recommends some plants to keep the bats around and liven up your evening garden. Interestingly, they suggest a plant called Datura.  It’s other names include Devi’ls Trumpet, Devil’s weed and Hells Bells. So… think about that! This plant is poisonous and can be invasive.   there is also an Angel Trumpet which is related.  It is not invasive but it is poisonous

The other plants are Evening Primrose, Four o’clocks, Nicotiana, Mock Orange and Oriental Lilies.  All of these plants are very fragrant.

Bats pollinate some tasty fruit like mango, bananas, figs, dates and peaches!  And if you like margaritas, they pollinate agave!

The bad news is there’s a disease out there threatening our local bats population. White Nose Syndrome, or WNS, made its way west to Wisconsin and Minnesota a few years ago.  The fungal disease has killed millions of bats as it’s moved into 33 U.S. states and 5 Canadian provinces since being discovered in 2006.

Little brown bats and northern long-eared bats have been hit hard by WNS.

In fact, the northern long-eared bat is listed as threatened. Bats can catch the fungus from physical contact with infected bats, from the surfaces of the cave or mine where they’re hibernating and Humans.

Bats are picky about where they live.  Check these sites below regarding the specifics of building a bat house that will use and where to place it!

Build a bat house by the National Wildlife Federation