Click below to listen to my 2 min. Garden Bite radio show: Hydroponic growing and why those tomatoes are kinda bland!

Last week I was doing a radio interview and the question came up as to why hydroponically grown tomatoes taste so bland. Honestly, I wasn’t sure. 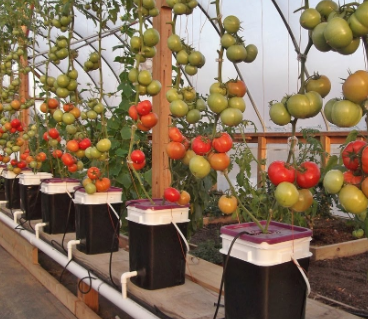 I had to do a little digging and found a couple of possible explanations, though these are not science based but rather, hypotheses.

First, Hydroponic environments are often warm and humid, just the kind of conditions tomatoes like. They produce lots of big, juicy tomatoes… which means more water and cellulose, and less flavor per bite. There is a saying,apparently, that if you treat tomatoes bad, they’ll taste better… hmmm, I’m not so sure about that!

How to grow hydroponically indoors – it ain’t simple! Second Nature

Hydroponics for Beginners from The Spruce 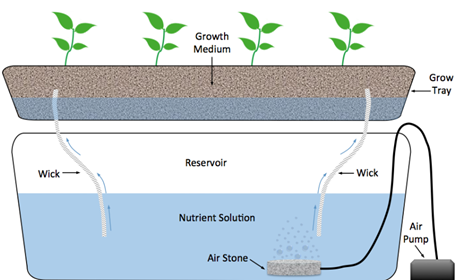 Perhaps it’s the fact that they’re grown with no soil at all. While they add nutrients that are typical in soil and what tomatoes need, there’s something that’s not likely reproduced as it would be in soil. That’s my unscientific but, hopefully, practical opinion!

Still, homegrown are the best!!