Click below to listen to my 2 min. Garden Bite radio show:  Planning for variables and Kalettes?

If you follow my Garden Bite facebook page, you saw a video I shot after the wind dumped my portable greenhouse I had placed on my 3 season porch.

I’d just planted seeds a week before and had yet to see the tomatoes and peppers sprout but 3 annual type flowers were sprouting…  I scooped up the seed starter mix and put it back into the containers but, there will be surprises!  It’ll be fun to find what seeds are in which containers and who they’re sharing space with!

The point of this is to plan for as many variables as possible.  The high winds was NOT something I’d planned for.  Now with a heavy limestone slab holding it down, my greenhouse should stay in place… 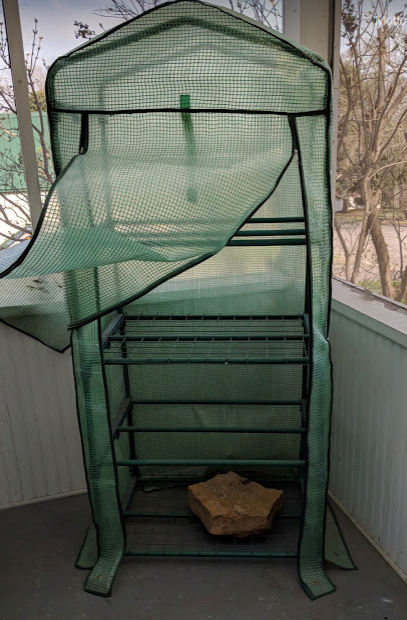 While we’re talking about variables… I went to my local nursery and bought some cool season vegetables, one of which was something called Kalettes.  That’s a brand name for kale sprouts!  It’s a new vegetable that’s a cross between kale and brussel sprouts!

At the register, the owner of the nursery asked if I knew what kalettes were, uh… nope!

She explained, saying, these get tall, give them room.  And added that she loves them. 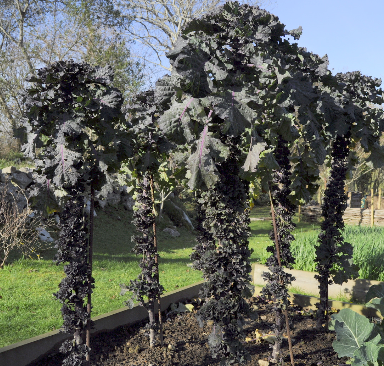 So, new plan.. I’ll be planting these in a container.  Kalettes were created in Britain a few years ago with non GMO hybridizing.  They’re just really coming to garden centers now. 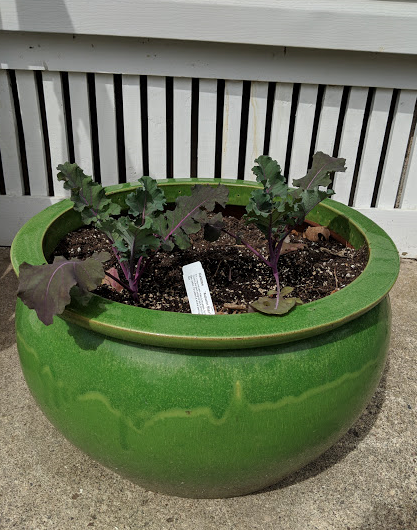