Click below to listen to my 2 min. Garden Bite radio show: Yew removal and what’s to be

I had a yew that had taken over a corner of my house. An arborist friend of mine said, it’s beautiful, don’t get rid of it. One gardener’s dream is another’s nightmare.

I didn’t want that heavy looking thing there anymore! So… with a truck, a winch, a log chain, a teenager! We got ‘er done.

A 10k winch loosened it but ended with pulling it by the truck!

The next question, that I’d been pondering for a while, was what to plant in that location. I knew I wanted a taller ornamental tree that I could underplant and that offered seasonal interest. Not a small order! Originally, I planned on a smokebush but there just isn’t enough sun in the location.

I decided to go with a crabapple and headed to my local nursery. I love buying LOCAL! Knecht’s has great trees. In the videos I kept saying “Fireside”…. it’s a ‘FIREBIRD’ crabapple!  oops….

It’s important to properly remove and root prune your purchase. These are investments, so take your time. Also dig a proper hole! FYI – I’m still figuring out how to take videos with my phone!

Planting at soil level allows for those upper roots to get the moisture and nutrients they need. I used an organic fish fertilizer from DRAMM that’s fortified with kelp, it’s from their Drammatic line! It’s the same formulation that’s used by professional growers!

For some reason the video isn’t coming up as the one below… here’s the link: https://youtu.be/ustM57tU19I 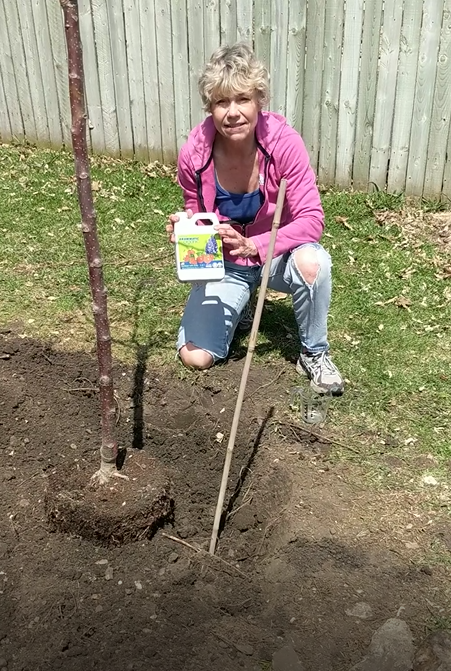 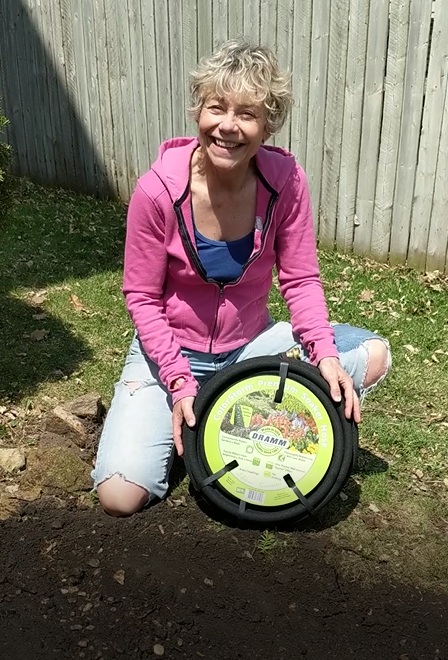 And…… the ‘Firebird’ crabapple tree

And now to fill in with some other plants!!!!